CELLULOSE NANOCRYSTAL (CNC) has exceptional properties, however, its strong tendency to agglomerate during the melt processing largely hindered its application as reinforcing filler for the commodity composite.

We are endeavoring to address this dispersion problem, towards which studies are conducted in the directions of:

This is especially true for the nanocomposites that a large area of interface exists and influences the composites’ properties such as thermal conductivity, stress transfer, and gas distribution. By adapting the covalent grafting or physical adsorption, the CNC-matrix interfacial interaction could be tuned by adjusting the graft length, graft density, and the graft polymer species.

The encapsulation of aqueous cargo is a widely acknowledged challenge despite its tremendous industrial value for numerous applications, ranging from self-healing and drug delivery to cosmetics and pesticides.

The image shows how the middle oil layer of a “water-in‐oil‐in‐oil” (W/O/O) emulsion is formed, and how the dual‐component capsule shell is created based on this double‐emulsion template. The as‐prepared capsule exhibits a dense and strong shell with tunable size. 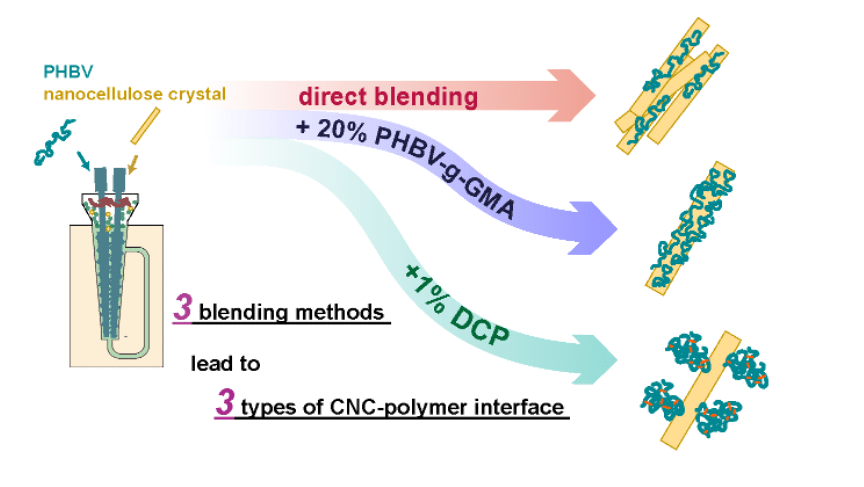